Only 1 left in stock

You will find this wine
Oaky, Floral, Fruity, Dry

As early as 1766 Château Guiraud, breaking with cultural traditions, proclaiming its political difference, and on a constant quest for prestige, was already juggling between anticonformism and innovation. The Guiraud family of merchants, founders of the modern estate, built up an atmosphere of mystery around Château Guiraud. The Protestant chapel was a proclamation of the family’s religious beliefs and their faith at a time when all around them looked towards Rome. Since that time the property has borne the name Chateau Guiraud and proudly displays a black label that sacralizes the family’s Protestant and Republican values. This black label is one of the oldest in the Bordeaux region and has remained unchanged since its creation. Within three generations the property was to become a prestigious Grand Cru, being consecrated Premier Grand Cru Classé in 1855 in the classification ordered by the Emperor Napoleon III. Throughout its history, Chateau Guiraud has always maintained its INDEPENDANCE and traced its own route. The prevailing PIONNEER spirit led the property to create its own conservatory of grape varieties. In 1996, the team undertook a veritable cultural revolution by embarking on the study of BIODIVERSITY, and in 2011 Chateau Guiraud became the First Grand Cru Classé in 1855 to be awarded Organic Agriculture certification.

Organic Farming certification in early 2011 and has Managed the vineyard using organic methods since 1996.

A bouquet of a great finesse with enourmous aromatic intensity, rich and complex. An explosion of flavours on the palate, with notes of tangerine and grapefruit peel. Long finish. This is a crisp, clean wine of great refinement. This 2019 is a real gift from Mother Nature. 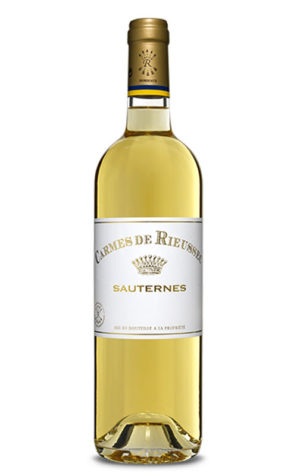