You will find this wine
Oaky, Spicy, Fruity, Rich, Supple

Coming from the dismemberment of the lordship of Corbin, during the French Revolution, the estate would take its origin from the 13th century. A notable event in the life of Château Ripeau, in 1868, the estate made its first appearance in “Bordeaux et ses vins” by Edouard Féret. It is the property of Victorin Pailhas, merchant, banker and councilor of Libourne. In 1874, his heirs sold Denis and Eugène Bühler, landscape architects who signed more than a hundred public and private gardens and parks in France.
Grand Cru Classé Saint Emilion since 1955, the vineyard of Château Ripeau extends in one piece on more than 16 hectares. Its neighbors are prestigious castles such as Cheval Blanc, Figeac, La Dominique, Jean Faure and Corbin castles. At the heart of the vineyards, on the high point of the northwestern plateau of Saint-Emilion, and bordering the appellation Pomerol, the house and its farm are building next to a 1.5-hectare park. It is here that the Grégoire family has chosen to invest since 2015 and will live Cyrille Grégoire, his wife Peggy, and their two children.

Purple colour with red garnet hints.
On the nose, complex aromas of blackcurrant, liquorice scents and coffee.
Bright and firm fruits for a strong structure. On the palate, a great freshness, a powerful wine, with aromas of fruits and fine toasted notes. Silky tannins and excellent balance. 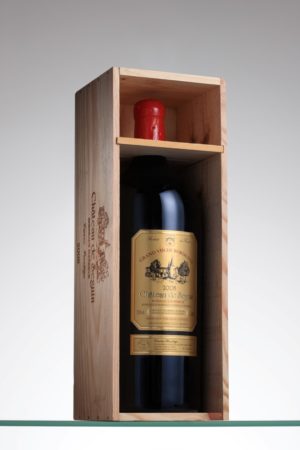